“Do or Die Or Be the Phoenix: Continued Messages from Beyond the Veil”

I reached into my center console for my sticky notes I keep in the car. On top, half torn was a note Dale had written sometime before he crossed over to the “Other Side.”  It said “A New Day.” And underneath was written “Early Rising.” I stuck it on my dashboard. I googled “A New Day.” It’s a punk rock band but trying to listen to their song “Early Rising”  is like pulling a rabbit out of a hat. Not possible unless your a magician. I wanted to see or hear in this case a last written message from Dale. Even the words were poignant ~ a New Day….Absolutely. My life is now truly a new day, a new next chapter, but so is his. It applies to both of us.

There’s something appealing, emotionally triggering and heart-centered in the hand written word. Elizabeth Barret Browning and Robert Browning sent tomes before they married in secret, their love excitedly expanding through poetic inspiration and script. Our personalities are revealed through written words. Discovering this note brought connection; I could see him writing it with a smile on his face, tucking it away till I’d find it.  I feel we lose much today with keyboards and texting that only real pen and ink can describe.

Now I’m going to share some inner truths. I’ve been pissed off, angry with my guy. Can you believe that with all he went through? The truth is yes. It’s easy on many different fronts, from his “leaving” to so much missed time ~ time that cannot be replaced, to leaving me in the aftermath of a tsunami, his tsunami. I’ve dealt with more in two months since his death than I have in my entire life, much of this from Dale’s leftover ripples and wakes, energy fields of choices and decisions he’d made. An impact zone cluttered with debris and emotional land mines. So I’m choosing instead to ride my cosmic surfboard through the last of the waves.

(Anger is a normal emotion we feel in the wake of losing a loved one. I can only imagine the angry emotional intensity in dealing with suicide to drug overdose? It must be overwhelming.)

Last night I said out loud, “Okay, I’m not so mad now. I need your help to rectify a situation with your ~ now my contracting business.” I was very bold, direct and expressed “Exactly” what I need him to do. I also had this huge epiphany. Dale had this perverse habit or behavior or way of coping that led him down the dark path of “do or die.” Literally. I watched him time and time again take a situation to the final, last, end-thread before he’d rise up like the Phoenix and rescue and change the outcome. He even did this several times with his cancer, three months till death, clearing the cancer, creating a bigger health hurdle, clearing the cancer, creating two kinds of cancer, extending his life by nearly a year, to finally creating the final passage of clarity: crossing the veil, literally do and die. He was (is) a master. The work situation is a “do or die” event. I called him forth and said, “I don’t do this extreme way of living life, I prefer staying in the middle of my life’s river. I need your help- Now. I’d love an acknowledgment you’re hearing me.” I was getting ready for bed and turned on my music, a nightly habit since his passing. The first song was by Jet, “Are You Gonna Be My Girl,” a song from when we were first dating and the intensity was through the roof. We couldn’t keep our hands off one another. The second was an old Patty Griffin melody, “Up to the Mountain,” from her 2007 album, (Please google the lyrics-amazing) the year we were married. We’d play it at our cabin to fire and star light, and even for those wild moments beneath the sheets. The message couldn’t have been more clear. 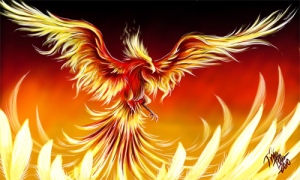 Do or Die- the Phoenix’ Resurrection

“But Wait, There’s More” – (great game by the way.) My office manager came in this morning with the biggest grin. She’d had her first full color movie dream in current time with Dale. In her dream, she and our estimator were in an office. He was working on a bid. Dale walked in like normal in his Ross Electric shirt, jeans and ruffled hair. She asked Brandon, “Are you seeing him too?” He replied in his typical shy style, grinning, “Yep!!” Dale proceeds to ask him, “How’s that bid coming? What’s the estimate?” Brandon replies, “$2,500.” Dale in his Dale-fashion says, “Add $10,000, no add $25,000,” adamantly, laughing.

Due to my emotions clouding his abilities to send clear messages other than straight-up quick music selections, he answered my call through Eff, our office manager. And who better than someone immersed in the business and whom he had/has great respect, admiration and love. He made sure his presence “is” felt.

My message, and I feel this applies to everyone, is to recognize what our piece is, our part of the passion play. Don’t take on what isn’t ours to own, instead letting it flow past us, around us, never letting it sink us in mire. Recognizing, not blaming,  situations we are surrounded in daily, as our responsibility or not, gives us room to breathe and grow and love and connect with souls here and on the other side of the veil.

Life is quite literally, magical.

The other invitation is to hand write messages to loved ones. A real piece of you is shared. A true gift.

I love life! I love the abundance, beauty, magnificence, color, emotions, prolific sensuous joys, relationships, animals, nature, spiritual "magic"- the Aliveness - of which humanness reveals. Combine that with sharp, keen intuitive insight and it's a recipe for fun in the fast lane. Intuitive since young, combined with a natural ability to heal has created an arena where possibilities are open and opportunities abound. International Intuitive and Energetic Healer, Medical Intuitive, Psychic
View all posts by Candia Sanders →
This entry was posted in Conscious Death, Cosmic Tidbits, Death and Dying, Good Vibes, Grief, Healing, intuitive knowing, Intuitive Listening, Messages from the Other Side, Overview from the Other side, psychic insights, Spiritual wellness and tagged Anger, Communication from the Other Side, communication with loved ones, Conscious Death, Dreams, Emotional Fog, Grief, messages, Music as messages, signs, symbols. Bookmark the permalink.

2 Responses to “Do or Die Or Be the Phoenix: Continued Messages from Beyond the Veil”