‘The Death of Joshua’

Interesting how we view death. We fear it and emblazon deathly images on religious symbols  praying to the gods to keep us safe.  We put it out-of-mind and run like hell in the other direction. And yet it is something everyone must face. 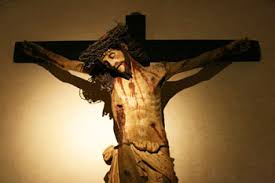 I remember the opposite place; birth. When I was pregnant with my first son, waiting for dilation, I looked at everyone in the room thinking, “You were born,” “Oh, and you were born too.” ” Someone delivered you.”  It helped relieve some of the worry knowing women have been delivering babies since time immortal. Birth gives us the natural balance for death, keeping hope alive within us, for good things to begin. Yet, world over, death is an underlying force. Men use it as a fear factor, keeping people enslaved. Millions have literally died at the hands of despots and dictators who rule by the iron fist and torture. It’s insane really. If we were to move beyond the fear, they would no longer have the power to control. We could change the planet if we start to see through a new lens.

I work with people and animals. I learn as much from our animal brethren as I do from people. Joshua is a 16 year old cat who has lived his life on the east coast. He has been known as an angel-cat, due in part to his multiple lives he has lived through; he has weathered the storm of many health challenges others wouldn’t have survived. Joshua through the years has given countless blessings of animal affection to people and pets who have needed nurturing, love and support. Joshua though, is on his last legs. His systems are finally tired, worn out and weathered and are slowly shutting down.

His earth mom has been torn between letting him live out the rest of his days to resorting to the humane process of euthanasia. I fortunately have been part of the process. Joshua has shown me over and over again he wants to be in-charge. He wants to allow the process to take coarse naturally. Now this is not true for all animals, however for Joshua this is hugely important. His life force has slowly been ebbing, his will to live along with it, however, he has remained, calm, active and alert and totally immersed in the process. Joshua has loved the special attention to detail his mom has given him, has enjoyed the special devotion and love he’s received. He has not been in pain or discomfort, though from our limited view it could be perceived as such as his legs give way and he can’t make his way out of the litter-box. Much to the contrary, he is happy. He is proud he is able to do what he can. He is thrilled to be loved so deeply. He spends greater and greater time outside his body, already playing and connecting, merging really, with the greater animal/cat collective, yet he is still bound to his body. This is all done with grace, love, devotion and happiness.

We as humans can learn so much from this process. It is a reminder of how we can shift our beliefs, our fears and our regard for the demise of the physical form. Animals do this transition with dignity without fear of the process. They know intrinsically they are taken care of. If fear arises it comes from the human perspective, our projections of our angst, anxieties and our trepidation of things we cannot see. The unknown. Yet if everyone were hypnotized our memories would be activated and the unfolding remembered. Fear could dissolve.

Joshua is slowly leaving us. He’ll be out of his body soon. I send him love and healing light for the gifts he has shown us as well for the new dance he’ll soon participate within.

6 Responses to ‘The Death of Joshua’