‘Waiting for the Sun to Stand Still’

We’re here. This moment that’s been planted into our consciousness globally since 1988 when Jose Arguelles created the Harmonic Convergence Convention. Twenty-four years later we’ve arrived at this monumental date in the time/space continuum based on centuries of astronomical observations by Mayan stargazers.

Since that first rush of large-scale  information in 1988, everything related to the 2012 phenomenon has been written, sold, created, bought and traded. It’s been a whale of a business adventure, a mystical romp and a new age extravaganza.  There are thousands of blogs and posts daily on the topic discussing electrical charges, solar flares, food shortages, political take-overs, our imminent demise, resurrection, and/or Ascension. Wow! Big stuff here!! I remember watching a video ages ago, long before the Mayan calendar infusion, about the solstice knife-of-light in the ancient Anasazi ruins in New Mexico. Include into this sharp-eyed- celebratory surveillance of the equinoxes, solstices and procession of the equinoxes,  the Aztecs, Incas, Egyptians, Persians, Babylonians, Assyrians and the early Celts to name a few. Cultures have been observing this apex, this bi-yearly event in the  earth’s orbit since mankind first looked at the heavens. This moment is nothing new, just re-framed, re-branded and gilded with light. I am not saying this isn’t an incredible juncture in the history of earth. We are entering or have entered a new 26,000 year saga where the earth begins it’s journey back to the center of the galactic center.  This is a time of renewal as we head towards the Source literally, the galactic center of the Milky Way astronomically speaking. It offers multiple opportunities of expansion and growth for the earth, her inhabitants and our neighboring planets in our solar system, galaxy and beyond. This is the time of remembering images and memories of ‘golden’ cities, blissful living and peace. These sagas written about extensively in ancient Sanskrit texts have happened before; they will and are expected to occur again.

This shift to peaceful living is surmised to take place in an instant. It could also happen in a decade, a century or a thousand as the galactic frequencies change their patterns of energies aligning with the planet. Time is illusionary remember? As humans we love the idea of this magical spiritual shift happening over-night.  Perhaps it will, however I feel it’s a journey within ourselves back to our primary self, our oversoul linked eternally with Source, which from experience, takes time, patience and multiple ‘returns’. Like the sun in the heavens, circling back once again to reclaim the perpetual and constant ‘return of light,’ we too return to reclaim our personal light within.

This epic solstice of 2012 has created awareness in individuals who previously have been dormant, inactive in their spiritual thinking, and/or unaware of the procession of the equinoxes. My hat is off to Jose Arguelles for creating this momentum in astronomical consciousness and to Drunvelo Melchizedek for leading the spiritual center between continents and dimensions. To Graham Hancock who paved the way in the 70’s, 80’s, 90’s and today with historical references, ancient cities and far-away space travelers to John Major Jenkins who through dedication, time and intense perseverance studied the Mayan ruins scientifically and spiritually.These individuals and countless other’s have helped reach the world with new thoughts about our ancient past combined with what is possible for our future. 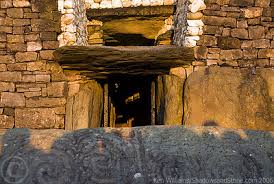 My invitation while waiting for the ‘sun to stand still’ is to ‘still’ your thoughts, listen actively to the voice within and follow threads of old patterns rising to the surface of consciousness. Allow them to dissipate through self examination and observation. Pack them up in old boxes and take them to the trash-heap of emotional bygones. As the sun sets for it’s gabillionth shortest day of the year, set aside old ways, habits and thoughts. Bless the sun as it rises in the sky the following morning renewing your soul with the hope of change, conscious expansion and awareness. And forever. Believe each day from now on will be eternally changed, with love the guiding star and hope the faithful rudder.

3 Responses to ‘Waiting for the Sun to Stand Still’