“The Sound of Truth: You Can Hear It”

Posted on September 8, 2015 by Candia Sanders

I just read an article that really resonated with me. It was about the president of Costco telling employees “what is” rather than what they wanted to hear. By the end of his speech, the audience was standing, clapping, cheering him on. The sound of truth resonated with them.

We have become a nation of the politically correct. Nobody can say anything out of sync with the established Quo without fear of reprisals, lawsuits, getting fired. It’s completely tiresome. The media switches is up, plays into the hands of those who don’t take responsibility, giving titles to hoodlums, instead of calling a spade a spade. Opinions versus facts. These churned-up episodes and rable-rousing events have dissolved into unprecedented violence, high dollar damages and vandalism in the name of freedom, creating wanton disregard of others’ property and or personage. The real under lying truths get moved, distorted and hidden. The media thrives on it; it’s how they get their ratings. And we, the audience, play into the atrocities by watching as horrors unfold before our eyes.

However, when it gets right down to it, I believe we all want to hear the truth. Identify the factors creating the problem, map out solutions, take action. Even if it’s not what we want to hear, but the real, honest-to-God truth: We can hear it when it’s the real-meal-deal. I believe that’s when real positive change occurs- when the truth rings out.

It’s the reason stories don’t die. The real truth behind them hasn’t been entirely told. Marylyn Monroe’s suicide, JFK’s murder. I mean really? Does anyone truly believe Oswald was alone in the killing? I’m not buying it. I never have. I watched several documentaries wrapped around the assassination each with varying information, suppositions, and accumulation of facts. I can unequivocally say, when different possibilities were presented, I could literally HEAR the truth. 1. George Bush Sr. was a CIA operative and “marksman” soon to become the director. He was involved up to his eyeballs in the killing. (Rings totally true.) 2. Jack Ruby had been in the employ of Nixon since the late 50’s. He was hired to not only squelch and eradicate any links back to U.S. Government’s involvement, Ruby was a high profile fall-guy and “distraction:” killing the killer. 3. Jack Ruby was taken out by a fanatic (Really? That was convenient) to close evidence on the case. All rings 100% true to my ears. 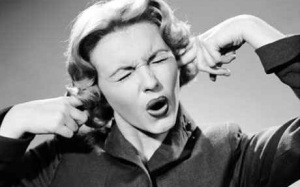 My point is, we all have “Truth Meters” within us. We Know when real honesty and truth ring 100% versus 35%, 50% or 60%. We need to take the time to really hear. That is why the general populace has no desire to be involved in politics; we hear the bullshit, feel the pull of quicksand, eradicate ourselves from the sickening grip of false rhetoric, smoothly interwoven and blanketed under the agenda of growth and change. In Truth, the unending rules and stifling governmental regulations cloak the major suppression of our true liberties. Besides, most would rather swallow the pill of complacency and let someone else run the show then to get involved: too much work. Besides, the system is sorely broken but that’s another topic.

My strong invitation is to listen and I mean Truly Hear, what people say, discerning the real truth, their focus, agenda, end game and desire. It will help to navigate your best possible path regarding relationships, job and career moves, your health, your spiritual path. ~ The way you vote or not ~ You can hear the truth if you listen with your heart, even if it’s not what you “think or feel” you want to hear. The truth will always lead you on the bright road, the best path.

If we all pay close attention ~ you know, being wide awake ~ we can hear the global truth, the universal highest sound frequencies. It’s imperative we do.

Please consider, listen and watch: do you really believe Hilary is of the highest light to run our country? Is she speaking “truth” on Benghazi, her emails? Listen with your “Truth Meter.” You can hear the truth if you truly listen.