Immortal beings have always been. We were created and joined the Infinite plan, so we too in a sense, are part of the Immortal planning structure however we are so infantile in comparison, there is no comparison, even though we have experienced millions of years and possibilities, we are but beginners. There is a percentage of souls that has evolved to higher levels, there is a percentage that are still in what as known as the ameba stage. There is a percentage that is over to the left, figuratively, to the right, creating a new game, and those caught in the net-of-No-thing-ness, the stuck place of non- evolvement. But in due time, something or someone will have inspiration and eventually pull them out of the Void. Those who have spun in alternate directions but without emotional growth will also one day need and heed the sound of love and return towards the center. It’s always in the center where love and balance and grace and God reside. (Take note politicians)

As for your earth and time, your group consciousness is layered, much like a cake or torte. There is the “frosting” covey, focusing on the Light and positive changes for the best of the planet and humanity. Their sweetness is spreading ~outward~ drawing those “close” to new energy awareness of the bigger dynamic. This delectable goodness is quantifiable by the visible outward changes being made globally.

There’s the “cake,” the large percentage of souls desirous of change yet caught in dogma, outmoded belief systems from times past, pointing fingers and blame, righteousness, and emeshed in judgment. Thus the duality, the perpetual wars of “us” versus “them.” This group is not overly open to conscious change and consciousness. They’d rather focus “outward” than “inward,” which lengthens their soul’s evolutionary process. It’s easier to externalize and ask God to solve the problems than to ask the God within. “Projection” versus “introspection.”

There’s the third layer or “middle frosting” cluster that wants nothing more than experiencing sensory enjoyment in life, the hedonistic road. Life is total consumption of life’s pleasures. Narricistic on many levels, defined as pure selfishness, devoid of feelings for others. 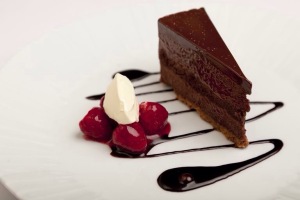 Then there’s the “lower layer of cake” where life is dull, full of pain, conflict, chaos, blame and shame, caught in the web of illusion and false beliefs. They have completely lost their connection to higher values and belief in the “frosting,” – that “change” is not only possible but imminent. This group is holding back in many ways, the overall growth of global consciousness. Because the truth is, it’s a “whole-ness” dynamic. Humanity is a “whole” group effort, like cells in the body, all connected to the health and vitality of the human matrix. There is no group without the other, much like a body having all its parts.

The “crust” of the human layer cake is the group of sociopaths creating negativity and mayhem, the ones in control. They are but a small group but with much power. Ironically they feel they’re “old” souls, the smart ones entitled to rule the ignorant masses but they’re actually the bottom-feeders of human consciousness. When a soul or group disempowers and crushes others for their own gain, they’re nothing more than reptilian predators. From another perspective, vantage point, these souls are stunted in their growth, their time on both sides of the “veil” limited in perception and awareness, and not holding steady to their soul agreements of ever-evolving kindness, truth and love.

And the “nuts,”they’re the rebels, the organizers of change, Revolutionaries for imminent and necessary social evolution, placed in every layer, in every epoch, to propel progress.

It’s all growth and evolving perspective. They each have their part in the continuing human passion play. Without the others there would be no comparisons offering growth, evolvement and consciousness. It’s from the ability to immerse your awareness in the darkness the Light becomes visible.

Our current time in our evolutionary scale is changing this layered cake perspective, offering all souls massive pathways and portals of opportunities. It’s now time to seize the chance to walk through the old gates and step into the Field of co-creative consciousness.

Moving galatically back towards the center of the Milky Way, this curve in the elliptical reached, traversed and moved beyond, the earth and her inhabitants, are now at the beginning of yet another journey towards the Source. It’s the beginning of the next 26,000 year journey. Each decade, century, millennium passed on this side of the spin, this side of the elliptic, creates peace, evolving consciousness and an opportunity of the “golden age of conscious awakening” on earth. It’s a positive spin, a centrifugal force drawing people- all souls- closer to harmony, co-creative Grace, aliveness, and spiritual awareness. That magical path has begun- over the past thirty years the stage has been set and progress made. It’s happening.

What layer of life’s cake are you residing? Perhaps it’s time to change some essential ingredients and move through unessential layers of your life. It’s time to be living “in” the frosting.

I love life! I love the abundance, beauty, magnificence, color, emotions, prolific sensuous joys, relationships, animals, nature, spiritual "magic"- the Aliveness - of which humanness reveals. Combine that with sharp, keen intuitive insight and it's a recipe for fun in the fast lane. Intuitive since young, combined with a natural ability to heal has created an arena where possibilities are open and opportunities abound. International Intuitive and Energetic Healer, Medical Intuitive, Psychic
View all posts by Candia Sanders →
This entry was posted in Cosmic Tidbits, Healing, intuitive knowing, Overview from the Other side and tagged 26000 year cycles, awakening, Balance, Channeled updates, Consciousness, galactic center, layers of cake, Milky Way, Perception, soul evoltion, soul progression. Bookmark the permalink.